SovereignSky is being built by a dedicated team with decades of experience in technology, business and blockchain ecosystems between them.

It’s a space-bound solution to confer equal access to the world’s wealth to anyone on earth, regardless of their location, nationality and economic starting conditions.We combine a blockchain platform and token with a low earth orbit satellite network, based upon the government. read more

Not subject to any national jurisdiction on

Academia-tested space technology of SovereignSky’s partner company SpaceQuest, and thus transcends jurisdictional and infrastructural limits that have been imposed by narrow-minded planning and self-serving objectives prevalent in most developed and developing nations on earth. read more

Its location in the earth orbit enables it to offer equal access and equal opportunities to participants from all over the planet.

It incorporates the concepts of “Building block(chain)s for a better planet”. read more 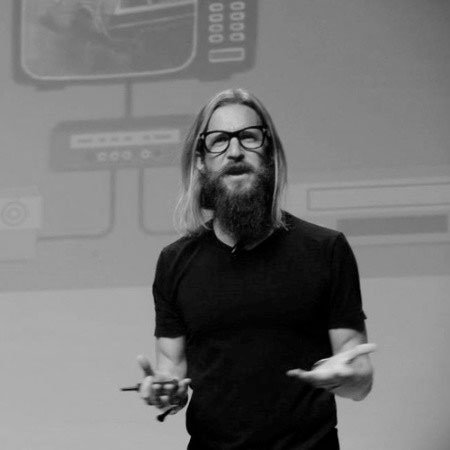 He was Global Innovation Head of Microsoft & AOL before becoming new CCO & innovation advisor of RUON AI & SovereignSky. He recently launched his own innovation agency 31Flavas which he runs alongside his roles as Global Chief Creative Officer of Unlockd & EdisonX.

His passion is across both Digital Marketing/Transformation, Business Strategy & Innovation. His ideal drop off is the intersection of creativity & business fused with tech & science which he defines as the next big growth marketing opportunity. JC has spent his career in variety of roles crafting ideas & munging them together with emerging tech to amplify & translate brand comms into immersive audience centric experiences.In 2016 he left his role as Global Chief Creative Officer at Verizon/AOL/Microsoft/Yahoo! Network (now Oath) after spending the previous 9 years as Microsoft’s Global Head of Innovation. He delivers myriad thought leading presentations at industry conferences, digital schools and to clients & agencies on how the next creative revolution is upon us and ready to transform everything. 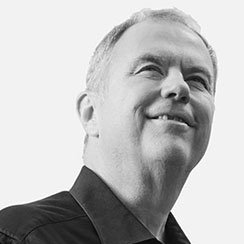 This pioneering team includes Stan Larimer, The ‘Godfather of Bitshares’.
Stan Larimer is a prolific Blogger, Keynote Speaker and expert Consultant on real-time industrial grade digital currencies. Stan is father of Daniel Larimer the creator of EOS the fastest and most scable blockchain in the world, infact 85% of all blockchain transactions in the world are touched by a creation or company of the Larimer name. These include BitShares, Steemit, Peerplays, Muse, Golos, EOS & now SovereignSky & RUON. BitShares and Steemit each exceed Bitcoin and Ethereum combined records for daily transactions and together they surpass the rest of the industry. Stan has used his MSEE degree to teach rocket science at the US Air Force Academy and to develop unmanned air, ground, sea and space 'drones' for 40 years with aerospace giants such as Lockheed Martin, Northrup Grumman, Boeing, General Dynamics, and SAIC. Stan has led engineering deployments from Cape Canaveral in 1998 to Western test ranges in 2001 and Fallujah, Iraq in 2008 and parking lots of Duke University and the Durham Bulls in 2011. “He Co-founded Invictus Innovations in 2013, Cryptonomex in 2015, Steemit in 2016, and Heronomex, and Hypernomex in 2017, Quintric, Sovereign Sky, Ruon, Biquitous, Terradacs, BEOS Limited Cooperative Association, and Mission Space in 2018.” Stan has over 40 years experience in software, hardware, and systems engineering, program management, business development and even teaching rocket science at the US Air Force Academy. Contributing to 17 different R&D programs for air, ground, sea and space systems, Stan is now building a new industry to develop unmanned companies that produce smart currencies and other decentralized financial services. 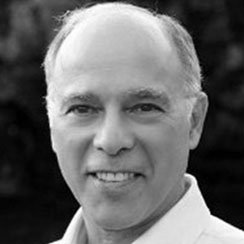 Dino Lorenzi is President at SpaceQuest, Ltd. the leading developer of advanced satellite technology for government, university and commercial use since 1994, specializing in the design, development, testing and manufacture of spacecraft as well as space and ground components for operation with low-Earth orbiting satellites.

Through innovative designs and the latest electronic technology, SpaceQuest is building satellites and satellite components faster and more cost effectively than ever before. 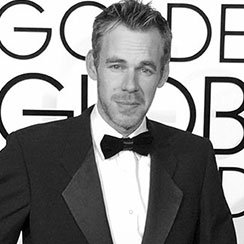 Tim is our Founding Father! Tim is the visionary Inventor and technology entrepreneur of RUON & SovereignSky, the concept of SovereignAid, Founder of Hollywood's MovieFund, Writer & Co-Director on Planet X, and most recently, executive producer on Lionsgate's "Killers Anonymous" starring Oscar winner Gary Oldman & Jessica Alba. The very concept of SovereignSky & beaming cryptocurrency from space, in fact, came from an intergalactic space currency in his Planet X movie. To help promote both RUON and SOVEREIGNSKY to a global audience he will co-direct Planet X with Marvel's Jeff Hadderstad (Doctor Strange, Iron Man 3, Captain Marvel. Tim is a regular panelist at Digital Hollywood as he has the totally unique role of being a movie producer and blockchain expert and was recently, featured on the online cover of Entrepreneur Magazine, His vision is clear: like no-other social media, banking and shopping platform on the planet, RUON AI is set to completely revolutionize life online. Post. Stream. Earn. Spend. Give Back. 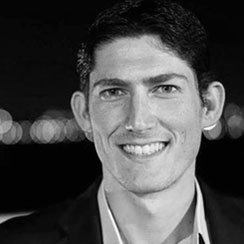 Brandon is a Graduate of the University of Florida with a degree in Finance and Entrepreneurship. Brandon began his career in finance at Walt Disney World where he taught himself how to program, leading to the development of many applications automating various business area tasks. Brandon went on to serve in an IT role at Royal Caribbean and became an integral part of project development and deployment of the new 'Smart Ship' initiative. These projects included working internationally to build the largest and smartest ships in the world that currently sail the seas today. By building finance and technology skill sets, Brandon has won multiple hackathons/startup events and naturally transitioned into cryptocurrency. Brandon is now pursuing blockchain full-time as a Smart Contracts Developer, Consultant, and Miner. 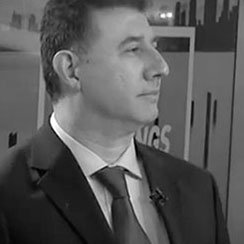 Sean is President of CloudCoin Consortium, Author of 'Beyond Bitcoin: The Future of Digital Currency' and Inventor of Digital Currency based on RAIDA (Redundant Array of Independent Detection Agents), provisional patent. Sean is also a Candidate PhD, Computer Information Systems and Computer Science Instructor tenured at Butte College, Oroville, California. He is a candidate for a PHD in Computer Information Systems. Sean also has a patent pending on a counterfeit detection system and he is the Creator of CloudCoin, which is the world's first cloud based currency and a Tenured Computer Science Instructor at Butte College in Northern California. 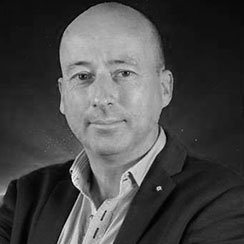 As the Co-Founder and CEO of Mission Space, Angus has led the rollout of this project since 2016. For more than 28 years, Angus has worked with technology companies worldwide developing their business and providing project management, design, marketing and media relations' services. His academic background is in product design and innovation management. He currently acts as an advisor to Greenwall Environmental Innovation, which is part funded by UK's Aerospace Cornwall to further their R&D into the world's first bespoke portable asbestos in materials analyser and it set to be located at the Space Aerohub in Spring 2019. 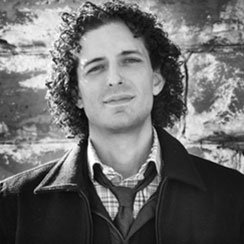 Michael is director, co-founder and advisor to many successful blockchain based businesses such as Quintric, Biquitous and Eristica and is also President of Cryptonomex, the company that authored the Graphene blockchain, originally developed as the foundation of Bitshares. Michael, is a writer and member of the Forbes Technology Council.

Michael is also co-founder of Quint, a revolutionary new cryptocurrency that can be used as specie legal tender and is backed by gold and silver.

Michael Taggart gained an interest in Bitcoin during 2012, later developing a multi-exchange trading software in 2013. After meeting Daniel and Stan Larimer, Michael became fascinated by blockchain technology and it's disruptive nature. Michael is President of Cryptonomex, developer of Graphene technology and author of DPOS.

www.ruon.ai As an advocate of DPOS technology, Michael is an international speaker that travels the world educating businesses, legislators, and developers on the features and benefits of Graphene technology. Michael is also cofounder of Quintric, the world's first legal tender cryptocurrency that brings back the concept of sound monetary policy. Michael also currently advises several blockchain based projects such as Mission Space, Biquitous, and Sovereign Sky. 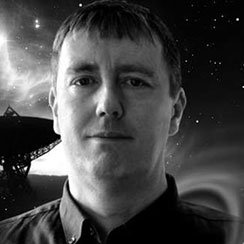 Gerard has been involved with Mission Space since its inception. With his background in Industial Design, Gerard will oversea our research division, keeping abreast of the latest technology advances with the aim of ensuring our space telescopes, future space exploration product development and R&D remain both current and leading edge technologies. 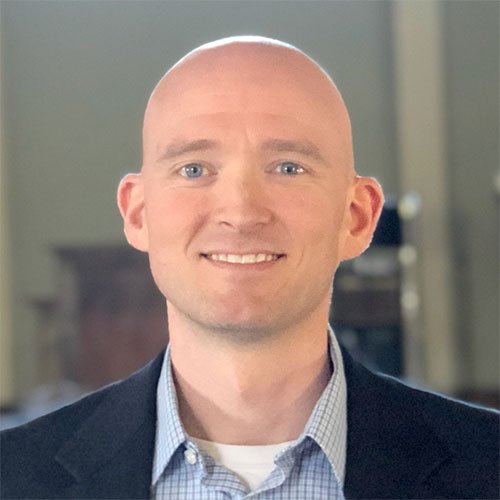 Colin’s sixteen-year career at Fortune 100 Aerospace firms has focused on implementing the Cost and Schedule management for two separate Billion plus Dollar US Air Force space development programs with 200-500 engineers each. Colin is experienced in executing the complexities of development programs with multi-thousand line schedules and multiple vendors. Colin received his MBA from the University of Nebraska and is creator of the Space Business Blog where he discusses the business opportunities of the final frontier. 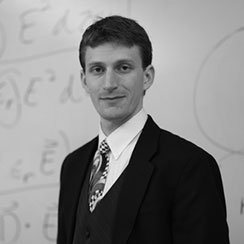 David is a visionary entrepreneur who brings groups of people together to accomplish incredible things, and believes that blockchains will fundamentally change the way the world does business.

David is the founder and CEO of Cascade Systems (CascadeSystems.io), an algorithmic trading company that supplies liquidity to emerging exchanges and projects. Cascade’s core technology is a flexible trading system and portfolio management framework, enabling a broad range of algorithmic trading strategies, liquidity provision, and payment processing services. Cascade is currently a premier market maker in the decentralized exchange space.

David is also a co-founder of SpaceBridge Logistics (SpaceBridge.io), which is building a blockchain-enabled marketplace for space services. SpaceBridge is working directly with a variety of launch and satellite companies, with a focus on creating protocols for moving, repairing, and deorbiting satellites. David is passionate about leveraging blockchain technology to increase connectivity across the aerospace industry and help humanity become a space faring civilization. 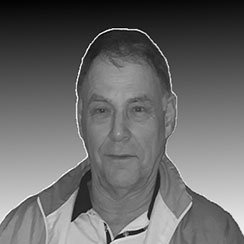 Paul Martello has been a blockchain enthusiast since early 2011 and first hearing about bitcoin. Later, when the Larimers, father and son, began to theorize on the necessity of a decentralized exchange, and subsequently on the many advantages of DPOS over proof-of-work technology, Paul began doing everything in his power to assist in the implementation of their visions. Now another technological innovation in DPOS, called BEOS and likely to rock the business world, has been theorized by Stan Larimer. Once again Paul takes a leading role to bring this from idea to manifestation. Paul's motto is "There at the beginning of the stories you love".

Paul Martello was born in Toronto, Canada. Upon finishing high school he moved to the Himalayas of northern India while still a teenager. There he was involved in expedition outfitting and ran guest houses and restaurants for visiting adventure tourists. After returning to the West, Paul worked in the mining industry in remote areas of the Yukon Territory of Canada. Subsequently his trajectory has included such stints as a performing musician, a printing and design company entrepreneur, acquiring a degree in Monetary Economics and Business Management, and several years as an auditor and special investigator for the Federal Government.

Paul first became interested in bitcoin and the possibilities of crypto currencies and blockchain technology in early 2011. He attended the London Bitcoin Conference in 2012 in London, England and subsequently traveled to university Economics departments distributing physical Casascius bitcoins to post graduated Ph.D. students and professors. Paul early recognized the limiting weaknesses of proof of stake mining for cryptos and the dangers inherent in centralized exchanges. He was therefore a very early and enthusiastic supporter of the decentralized exchange and distributed proof of stake movement birthed by the Larimers, father Stan and son Dan. Currently Paul lives in Greece. He is the CEO of Terradacs LTD, a software development company which has licensed its proprietary technology to the BEOS Limited Cooperative Association of Utah (BLCA). That enabled the BLCA to lauunch the "BEOS" blockchain, an enhanced clone of EOS that can be thought of as "middle chain" between BitShares and EOS and as "EOS for business". Paul also serves as a director of the BLCA.

The Planet’s first spaced-based blockchain powering a new “Free World Currency” which will provide and protect our children, save and preserve our wildlife and aim to eradicate global poverty by 2032. A space-bound global currency designed to re-distribute the world’s wealth regardless of their location, nationality and economic starting conditions.